I'm Proud to be an American "Bike Rider"

This past weekend, we as a country celebrated our independence. I for one, did my share in that celebration and brought my bike along. Or should I say rode my bike along?

It all started Saturday (July 3rd) morning. I awoke in a festive mood and decided to ride over and watch the Historic Hilton Village parade. I rode to a couple nearby stores for supplies and a few tie wraps later, my cargo bike was transformed into a red white and blue, patriotic, pedal powered machine. The only thing missing was an Uncle Sam hat. A shortcoming I intend to rectify next year. 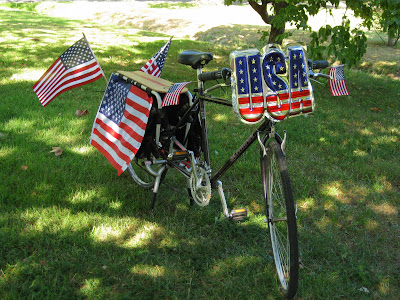 I rode down to the parade route, picked a prime spot, sat on the platform of my cargo bike and watched. 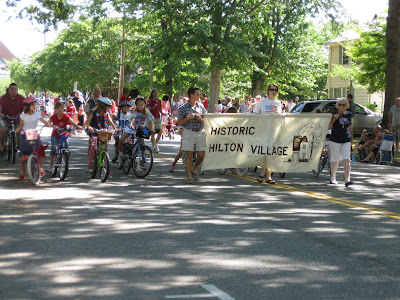 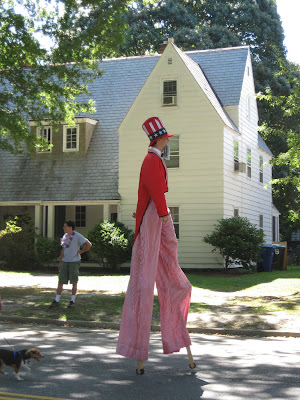 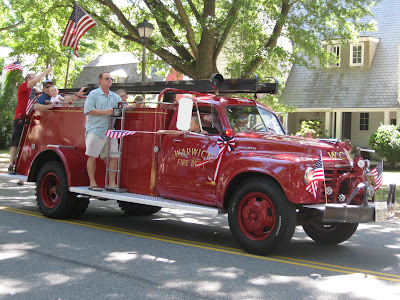 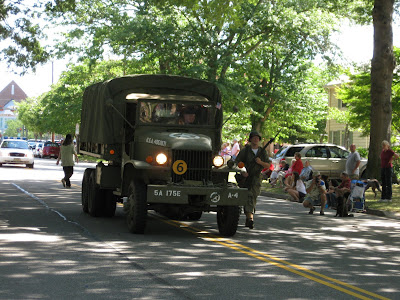 On Sunday (July 4th), I mounted lights on our bikes and that night my wife and I rode down to a nearby school along the James River. From that vantage point we were treated to no less that 4 firework displays. One over in Smithfield, one near Jamestown, one near Chesapeake and the closest right there in our hometown of Newport News. 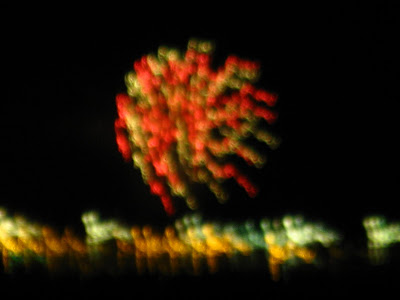 Finally on Monday (the 5th), I rode the bike to the store and picked up a Boston butt. 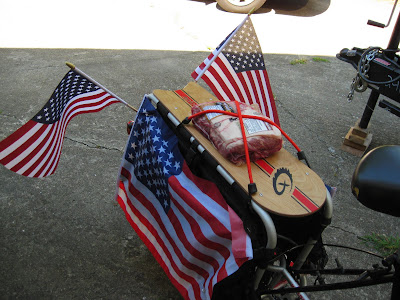 Threw it on the smoker 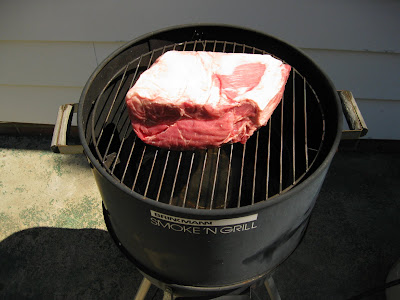 and let it cook slow and steady all day long as I sipped steadily on my dwindling supply of ice cold cold beer. 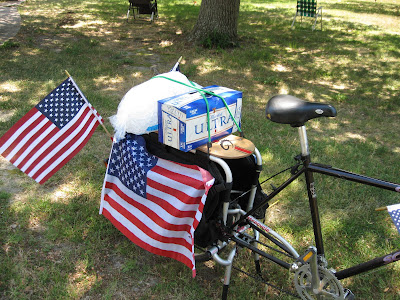 Later in the afternoon I took out the ice cream maker, mounted it on my trusty patriotic steed and my son and I made homemade ice cream. 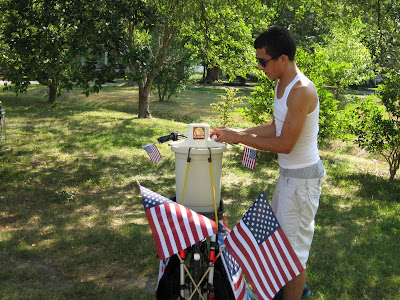 Parades, fireworks, barbecue, beer and homemade ice cream, can it get any better than that? Oh yea, the bike was part and parcel to it all.
Posted by Paul at 7:33 PM