I Betrayed Her - Oh The Shame

It is with a heavy heart that I post this blog. I did the unimaginable this weekend. Brace yourself my reader - it is with great trepidation that I must tell you that "I sold one of my bikes!" She was my Trek Hybrid. 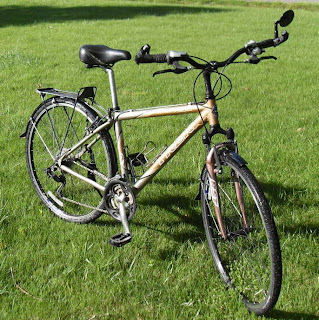 You have to believe me when I tell you, this was my first time. I've never sold one of my bikes before. If I can go the rest of my life and never do it again, it will still be too soon.

When I first bought her, I primarily used her for commuting. However, later in life she became more or less my utility vehicle. I would throw on the panniers and use her for trips to the grocery store, post office, drug store or the bike shop. Yet, the thing she excelled at the most was as a beer truck. Outfitted with the trunk rack, she was perfect for carrying and keeping cold a six pack of beer. I rode her to 7-Eleven so much that I suspect if I gave her my credit card, she could have made the trip by herself. 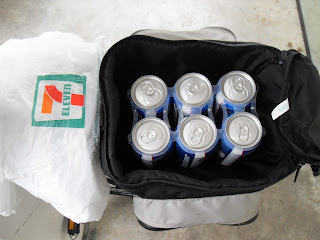 I could ride her anytime and anywhere and she never complained about carrying my beer. What a girl! To think that I will never again enjoy the view looking over her bars. 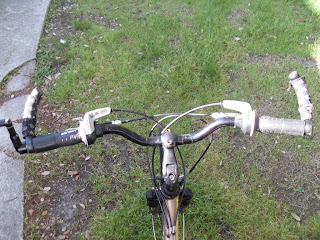 Letting go was not only hard on me. The rest of my harem insisted on saying goodbye. It was a moving moment. 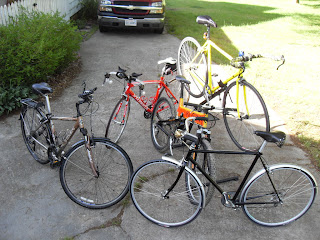 Well, I gotta go. I have to see if one of my other bikes is willing to make a beer run. It won't be an easy sell. They're all pretty mad at me right now.

In parting, allow me to leave you something to think about: "You may be having a cycling affair, if selling a bike brings you to tears."