As I rode around the battlefield roads of Yorktown, I decided to stop and have lunch at "General Washington's Headquarters".

It was from this area that George Washington conducted the battle of Yorktown. He had two tents set-up. A larger tent that he used for meeting with his staff and a smaller tent which served as his personal lodging and office space. 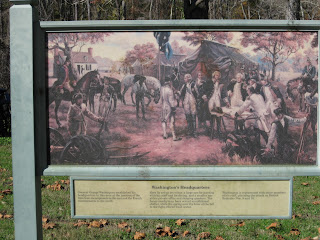 I sat on the grass and partook of my crackers and cheese, beef jerky and dried fruit. 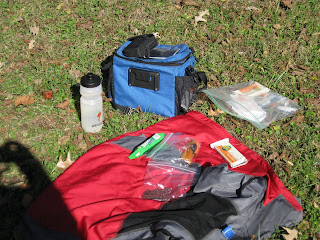 To think, I could literally be sitting and eating in the exact same spot where George Washington sat and ate. Wow!
Posted by Paul at 6:00 AM