Mount Rainier is only 100 miles from Seattle. Desiring to see this mountain up close, an associate and I decided to jump in his rental car and drive over. I toyed with the idea of throwing the Bike Friday in the back and doing a little riding when we got there. I thought it would be cool to say that I rode Mount Rainier. It would also make for some awesome pictures on this blog.

It was an overcast day, so we didn't see the mountain for the entire trip, up to and including when we arrived at the entrance to the Mount Rainier National Park. Paying the park entry fee, we drove on toward the visitor center which is located at an elevation of around 5000 feet. Mount Rainer itself reaches just under 15,000 feet. As we drove up, you can imagine my surprise when I actually saw a small patch of snow on the side of the road. Imagine that, it's May and there's still snow on the ground.

By the time we reached the visitor center, I was glad that I didn't bother taking my bike. The reasons for such an unexpected response from someone who loves riding his bike are as follows:
- the temperature plummeted nearly 20 F from when we left Seattle and was bumping up against the freezing mark.
- the visibility was a mere 40 feet.
- the snow, well it is best explained in the below pics... 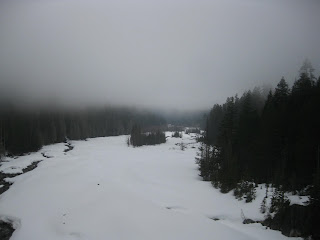 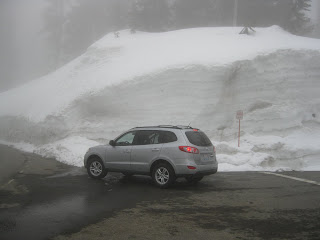 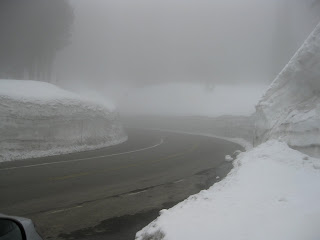 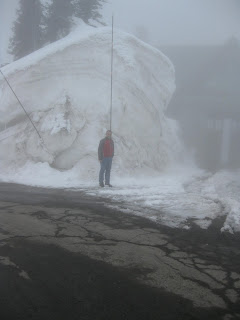