Average Speed - My map doesn't show all the hills 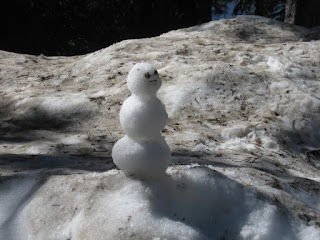 This morning I rode along the Pitchstone Plateau in Yellowstone National Park.  Since I was plodding along at around 8000 ft. elevation, there were patches of snow here and there.  Imagine my glee when I came across this little guy.  A snowman in late June, who woulda thunk it.

Shortly after my snowman encounter, I started to drop from the plateau.  As I was flying along, I broke into song.  Guess what song I was singing?..."Frosty the Snowman".  I didn't sing it softly, but at the top of my lungs.  I sang it with great emotion.  I was dancing on my bicycle seat!  It was a spontaneous moment of utter joy!

At the bottom of the downhill, I exited Yellowstone and shortly thereafter... 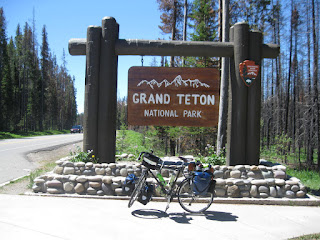 The scale of these magnificent mountains cannot begin to be captured by photos and I most certainly lack an adequate enough grasp of the english language to do them justice. 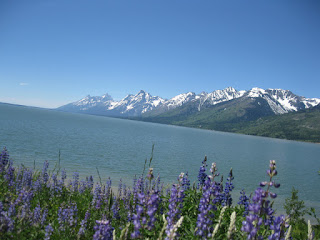 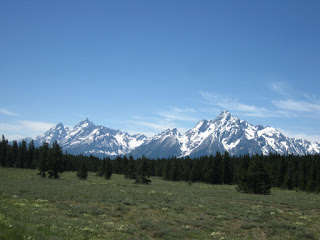 In Colter Bay I met up with a work associate Troy and his wife and spent a wonderful afternoon with them driving around the Grand Teton National Park.
Posted by Paul at 10:17 PM