Average Speed - I'm too tired to look it up

I started early this morning in hopes of beating the traffic and having the climb up Hoosier Pass to myself.  That was not to be.  The road started upward immediately upon leaving Breckenridge and it only got steeper the higher I climbed.  But the toughest part of that climb was by far the insane amount of traffic, with minimal to no shoulder on the road.  By the time I got to the top, I was mentally drained.  I spent more time looking in my mirror, than I did looking forward or around.

A little over 2 hours after starting this morning, I topped the tallest pass on the Transamerica Trail. 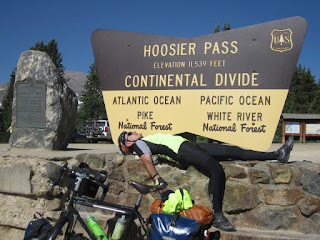 With that, I pointed my bike downhill and bid farewell to the Rocky Mountains.  It was a bittersweet departure. 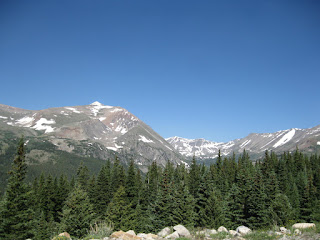 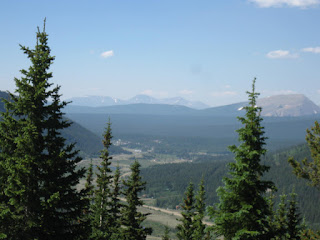 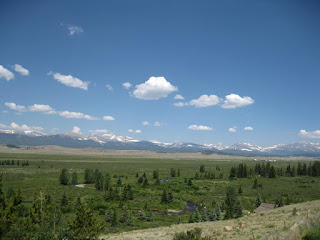 The Rockies Fading in Distance

As you can see by my mileage, today was my longest day yet.  Trust me, I didn't want to ride that far.  Around 11:30 AM, I stopped in Hartsel to grab a bite to eat.  I met an older couple that was out for a day ride.  I was discussing with them whether to stop there for the evening or push on to the next campground which was an additional 50 miles.  They casually mentioned that I had a lot of climbing ahead of me.  I pointed out that I thought it was mostly downhill.  They said it was, except for the climbs.  Trusting the map that it was all downhill and since it was so early in the day, I pushed on.  I counted no less than 5 significant climbs...couple that with strong headwinds and it was a formula for 50 miles of suffering!

Note to self:  The locals know better than the maps!!
Posted by Paul at 7:31 AM