The first 50 miles into Pueblo were all in all pleasant...some climbing... but...the temps were mild and the wind was behaving. 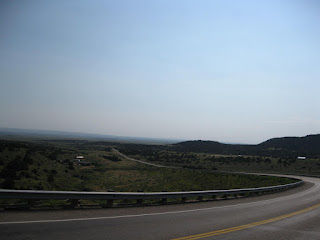 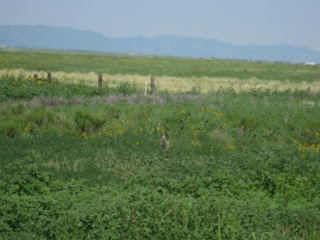 Can You Find The Pronghorn? 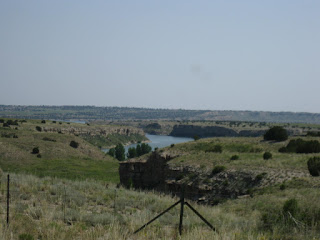 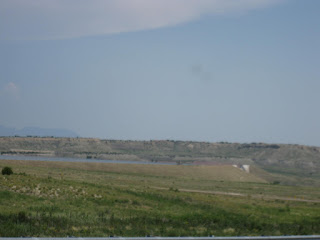 Dam of Arkansas River Outside Pueblo

After Pueblo...well...that's another thing all together.  The terrain certainly flattened out and with that the wind had nothing to hold it back.  It was an afternoon of putting my head down and focusing on turning the pedals.

My initial plan was to stop at Boone, CO and spend the night.  I got there around 2 PM with 70 miles under my wheels.  In my infinite wisdom, I decided to push on.  Let the record show "I am an idiot!"

Like I didn't have enough of the wind already that afternoon.

Like the terrain wasn't a very slight, but steady uphill.

Like the water in my water bottles wasn't already near the point of boiling.