Kicking Back in Kansas 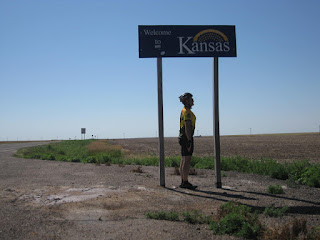 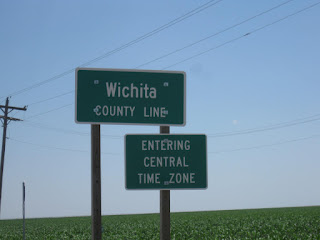 Well, as you can see, I've ticked off another state and another time zone.

This is largely due to how I kicked off my morning... 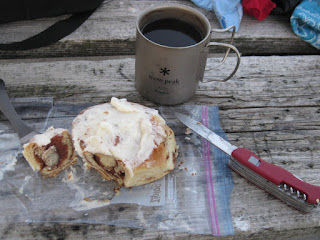 The story of the cinnamon roll all started the previous evening as I lay in my tent weathering a severe thunderstorm.  As I fought to keep my tent from blowing flat in the high winds, I was craving pie and remembered that the cafe just down the street had an advertisement in the window for homemade pie.  After the storm blew through I marched over there and got a piece to go along with a glass of milk.  What a  nice nightime snack... 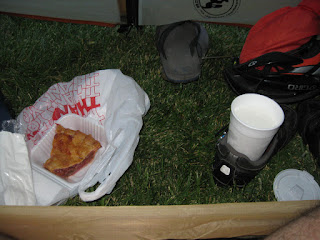 Anyway, while getting the pie, I also noticed they had homemade cinnamon rolls.  I got one of those and saved it for breakfast.

The first 40 miles was spent finishing eastern CO.  I continued to enjoy the solitude offered by the wide open spaces.

My initial destination for the day was Tribune, KS at 58 miles.  However, due to favorable winds, I made it there by 11 AM.  I grabbed a bite to eat and pushed on to Leoti.

There were two things I was looking forward to in Kansas...city park camping and community swimming pools.  Today I got a chance to enjoy both.  I got into town mid afternoon and it just so happens that the pool is right next to the city park.  They let me in for free, I took a well needed shower, donned some swim trunks and spent the rest of the afternoon swimming and lounging. 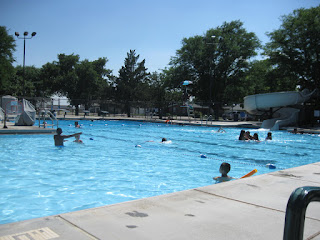 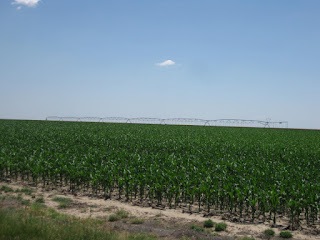